For those who aren’t familiar with the subject, a MOOC (Massive Open Online Course) is a way of delivering educational content via the web to an unlimited number of participants, and courses are typically free. MOOCs have been around for some time. Lancaster University’s well-regarded corpus linguistics MOOC, for example, was launched as far back as 2014. But the growth in online educational resources has dramatically accelerated, as the COVID-19 pandemic has – for the time being – made face-to-face learning impracticable. We had little idea of what was to come when we began creating the first dictionary-related MOOC in late 2017, but recent developments have made courses like this even more relevant.

Understanding English Dictionaries is a MOOC produced through a collaboration between experts at Coventry University (Hilary Nesi and Sharon Creese), The Alan Turing Institute (Barbara McGillivray), and Macmillan Education (Katalin Süle and Michael Rundell). The six-week course is hosted on the FutureLearn platform, and is free to join. It first ran in September/October 2019, and its success led to a second run in January/February 2020. At the time of writing, it is in the middle of a third iteration. Over its first two outings, the Dictionaries MOOC attracted a total of almost 5,000 learners from all over the world. (We don’t yet have participant figures for the third iteration.) The word English in our MOOC’s title shouldn’t be interpreted in too restrictive a way. This simply reflects the background and experience of the course creators. In reality, most of the MOOC’s content is equally relevant to dictionaries in any language.

The background to the course is described in Creese et al. 2018, where we make the point that it “is emphatically not a training course in dictionary-making … [but] … is intended to provide a lively introduction to a topic about which non-experts often have strong opinions but little real knowledge”. Our working assumption was that, although almost everyone uses dictionaries, most people know very little about them. This turned out to be broadly accurate. A minority of participants had some prior knowledge of the field and at least a basic understanding of language corpora and their use in lexicography, but most of our participants came to the MOOC without much grasp of how dictionaries are created. It is easier than ever for people to consult a dictionary, on their phone or laptop, without having any awareness of which dictionary the entry came from, why the word was included in the dictionary, what kind of evidence the entry was based on, or how far they could rely on the information provided. One of our primary goals, therefore, was to challenge common misconceptions about dictionaries and dictionary-making. The format of the MOOC makes it easy to track participants’ changing attitudes as the course progresses.

In the course of six weeks, the MOOC explores the following topics:

Each teaching ‘Week’ typically begins by asking participants to think about and respond to a fundamental question. Thus, in Week 3, we begin by asking students where they think the information found in dictionaries actually comes from. An end-of-week summary offers an opportunity for students to reflect on what they have learned, and to report on how this has affected their earlier preconceptions. Between these two points, the topic of the week is developed through a diverse range of short learning activities, including tasks and quizzes, opinion polls, short articles, and video interviews with well-known experts (including Michael Proffitt, Jane Solomon, Ramesh Krishnamurthy, and Patrick Hanks). At various points, participants work with language data (in the form of concordances, Word Sketches, etc) in order to complete tasks they have been set.

Like all FutureLearn courses, the dictionaries MOOC is highly interactive. At every stage in the process, learners are invited to contribute their thoughts and ideas or ask questions. There is typically a lively exchange of views among participants, and we as ‘educators’ will frequently jump in to add a comment, answer a question, or just give encouragement. It is a key feature of introductory courses like this that each learning component is short and easily digested. Video clips generally last only three or four minutes, while the articles that summarize key ideas rarely run to more than 500 words. (For the course creators, who are all used to discussing these subjects in longer journal papers, this represents an interesting challenge.) Finally, for each of the main topics we cover, links are provided to a wide range of online resources, such as longer, more scholarly articles for those who feel motivated to explore an issue in greater depth.

At this stage, we don’t know whether the MOOC will run for another iteration, but the experience so far has been a fascinating one for those of us who developed the course and participated as educators. In a follow-up paper (McGillivray et al. forthcoming), we reflect in greater detail on our experience and on our interactions with participants, as well as analysing data on learners’ engagement at different stages in the course. One representative comment was: “The mentor and instructor participation on the course forums was outstanding as was the content. Really fascinating course and I’ll be sure to recommend it widely. A HUGE thanks!”

Many other comments supported our initial hypothesis that participants would see their preconceived notions about dictionaries called into question or completely overturned. This end-of-course observation is typical:

“I have never imagined there was so much work behind dictionaries! I have learned about different dictionaries, different uses, the parts of a dictionary, the latest technology, their future… Now I see things more clearly and I appreciate dictionaries much more. It has been a fantastic trip”. 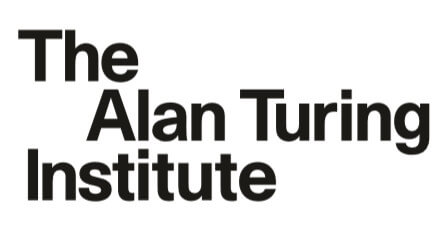 Click here for the PDF version of this article.