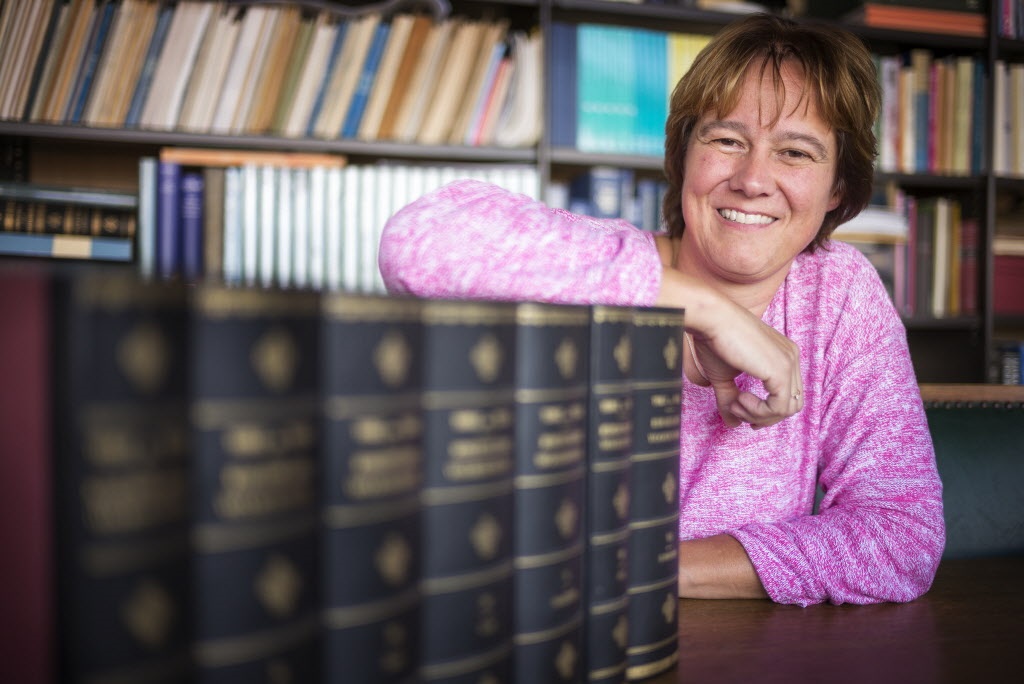 Tanneke studied Dutch language and literature at Leiden University with a specialization in Historical Philology. After obtaining her Master’s degree in 1987, she started her career at the Instituut voor Nederlandse Lexicologie (Institute for Dutch Lexicology – INL), later the current Instituut voor de Nederlandse Taal (Dutch Language Institute – INT), where she spent her entire working life. She first worked as an intern, became editor of the Vroegmiddelnederlands Woordenboek (Dictionary of Early Middle Dutch) in 1988 and continued later as editor and editor-in-chief of the Oudnederlands Woordenboek (Dictionary of Old Dutch). She was one of the few linguists with considerable expertise in Old Dutch. In 2004 she defended her PhD thesis entitled “Vrouwelijke persoonsnamen in Holland en Zeeland tot het jaar 1300” (Female person names in Holland and Zeeland up to the year 1300), supervised by Prof. Dr. P.G.J. van Sterkenburg. She was indeed also an expert in onomastics.

Many people will remember the guided walks through Leiden where she would talk vividly about the origin of the names of the numerous alleyways in the city, on which she also wrote a book.

From 2005–2016, she was head of the department of historical and contemporary Dutch lexicography of the INL, and as such editor-in-chief of the Algemeen Nederlands Woordenboek (Dictionary of Contemporary Dutch). She was also one of the chief editors of the Etymologisch Woordenboek van het Nederlands (Etymological Dictionary of Dutch). After the institute’s transformation from INL to INT, she got involved in the development of it’s strategy and planning. Her unique ability to combine linguistic work, planning, organization and financial reporting was of immense value.

Tanneke was always eager to learn and to discover new things, broadening her horizons.

She was a key figure on the executive board of Euralex, chair of the Spelling Committee of the Taalunie (Union for the Dutch Language), a member of the Fryske Akademy (Frisian Academy) and a board member of the Dutch Dialect Foundation. She was also heavily involved in various European COST actions (European Network of e-Lexicography, ENeL) and European Network for Combining Language Learning with Crowdsourcing Techniques, enetCollect).

On Friday 30 October 2020, a tribute and memorial was held for Tanneke, in the Hooglandse Kerk in Leiden. There, colleagues from the institute and from abroad as well as representatives of the different organisations Tanneke was involved with spoke in honour of her life and work.

Tanneke will be remembered for her enormous talent for the study of language and above all as a positive, warm and joyful person, extremely kind and supportive. Tanneke is sorely missed.